The National Security Academy (ANB) was founded by the Government of the Republic of Serbia on April 30th, 2013, upon the suggestion of the Security Information Agency (BIA). In its decision on the foundation of ANB, the Government of the Republic of Serbia declared it as an independent, higher education institution of special interest to the security of the Republic of Serbia.
This Government's decision was motivated by the need for modernizing specialized higher education in the field of national security, in line with the progress of our country in the process of accessing EU and the principles contained within Chapter 24.
The aim of the founder was to establish a higher education institution which would, besides providing a systematized transfer of significant professional knowledge in the field of national security, also offer students a wide spectre of knowledge regarding the comprehension of modern national and international political and technological processes.
The Academy was fully accredited by the Commission for Accreditation and Quality Assurance for undergraduate academic studies as well as for master academic studies in the national security field of studies, which made it become one of the state higher education institutions of this kind, but also made the Republic of Serbia be on the same level, in this sense, not only with the regional countries which have the same kind of academies, but also with the most powerful countries of the world.
Since its very establishment, ANB has affirmed the core values that the Republic of Serbia, as its founder, as well as BIA, as an institution that it is the most connected with and which contributed greatly to its successful establishment, were founded on. The most important values of these are: consistent and unwavering commitment to democratic values, international law, respecting national tradition, as well as providing, preserving and improving national, regional and global security.
Every year, ANB welcomes 30 students enrolling the National Security Programme at basic and master academic studies, which is based on the latest scientific discoveries and the experiences of other higher education institutions located in the countries having the most advanced school systems, in order to produce high-quality, broadly educated and well prepared security managers who can, upon finishing their studies, easily and efficiently be included in the national security protection system.
The Academy educates students to the highest pedagogical and didactic standards and thus creates a completely new staff profile, trained to act preventively and decisively confront, in a professional manner, the threats such as terrorism, subversive activities of foreign intelligence services, organized crime and other factors that threaten national security, all of them having in common the trait of being almost unpredictable and asymmetrical phenomena and, most often, of transnational character.
One of ANB's specificities and essential qualities is a new and authentic modality for selecting teaching staff, based on complying with the relevant legal norms, concrete needs of the institution itself and higher education best standards.
Following the model of the most distinguished institutions of this kind worldwide, some of the teaching staff members are the most prominent guest professors from the well-known higher education and scientific institutions in the Republic of Serbia, recognized as the best experts in the fields of political, security, computer and other sciences studied at the Academy.
The rest of the lecturers are actually BIA officers who hold adequate academic degrees and qualifications, while having, at the same time, practical experience in performing duties with regards to the national security protection. Due to this synergy between theory and practice, ANB students have a unique privilege to attend lectures based both on the highest academic postulates and specific type of knowledge derived from BIA's scope of work which, in accordance with ethical and professional norms, in transferred to them by the lecturers who developed their competences within the Agency.
In line with the contemporary trends in the development of security sciences, as well as with the intention to anticipate not only the existing sources of threats, but also the new ones, ANB works on the education of its students from a broad, both theoretical and practical perspective, being of the view that national security is a totality of all spheres in this field, including economic, energy, social and ecological security, as well as the security of an individual and society as a whole. Realizing its basic goals through conducting the teaching process, the quality of which is being constantly improved, ANB also fulfills a wider social role, contributing to the overall process of protecting vital state interests.
In 2014, the Academy initiated publishing activities as well, the main aim being to contribute to the professional and scientific affirmation of the Agency, its lecturers and collaborators, but also to make it easier for students to adopt the contents defined in the teaching programs through the adequate selection of professional literature. Also, a scientific magazine for security sciences, named "National Security" was launched and it is published twice a year.
By establishing a Centre for Scientific Research and Innovations, the conditions were made for improving scientific work at the Academy through basic, applied and development research in the sphere of national security. The intention is that, in accordance with the Strategy of Scientific and Technological Development of the Republic of Serbia for the period 2016 - 2020 - "Research for Innovation", we become recognized as a significant potential for taking part in the fundamental research projects in the sphere of national security with multidisciplinary approach. 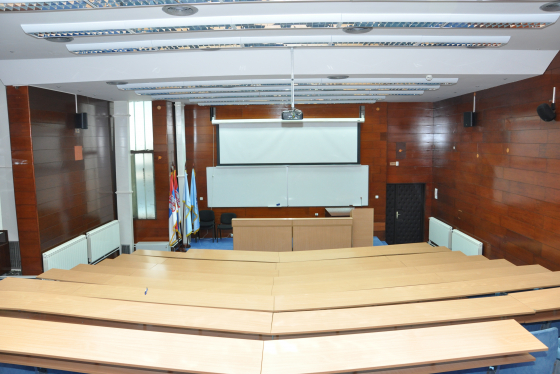 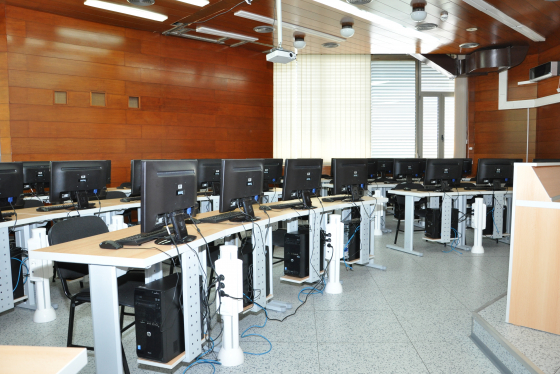